Have Shari Teach You About Cars 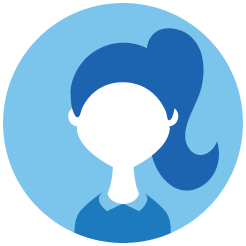 When I was little, my favorite activity was helping my grandpa on the family cars. He was a mechanic and taught me a lot. My favorite was changing the oil. While most other girls probably didn't liked it--it's a very messy, stereotypically male activity--I loved it. And to make matters better, it has saved me a lot of money as I've gotten older. I don't need to go pay to have my oil changed because I can just do it myself. Since I realized that little tips and tricks like this can save you money, I decided to start a blog to share them with the rest of the world!

Living without access to a vehicle would be diffic …

Given the importance of prom and the many details …

If you need to move a forklift from one company to …

If you are into classic cars and want an affordabl …

Dents on your car are awful, and they tend to come from nowhere. Whether your car has been dented by hail, or a careless driver bumping into you, you are probably looking for a solution that will save you both time and money. Luckily, there is a technique called paintless dent removal (PDR) that could be perfect for you.

What is paintless dent removal?

PDR has been growing in popularity in recent years as an effective way to remove minor dents on car exteriors. Unlike traditional dent removal which typically involves the sanding of a dent and then filling it up with paint or body filler, PDR involves the gentle rubbing of the dent while providing leverage from the back of the panel. No sanding or use of body filler is required, and the dented area is quickly repaired while maintaining the original factory paint job.

PDR technicians use S-shaped rods to gradually press dents out from the back of the damaged panel in a process that is usually a lot more straightforward than a traditional dent removal job. However, the technique is more of an art, involving the gentle massaging of the dent back to its original state, so it is best to let a qualified auto body technician handle the repairs for the best results.

The main advantage of PDR is that it typically sets you back a fraction of the cost of a traditional dent removal job. With no filling, sanding or repainting involved, the process is much cheaper, and often takes just a few hours as opposed to a traditional body shop job that could take several days.

Traditional dent removal also requires that the sanded area be repainted and matched to the rest of the car's exterior, which serves only to cover up the damage. With PDR, the dent is actually popped out from the panel, providing a sustainable and long-term solution to the problem.

Problems that can be fixed using PDR

Paintless dent removal works best on small dents that can be repaired with minimal intrusive work to the car body. These usually include dings that occur when the car is stationery, such as parking-lot door dings from reckless drivers or dents and body creases caused by baseballs hits or hail damage.

Damage that occurs due to collisions while the car is on the move are often too severe for paintless dent repair, and a more intrusive, old-fashioned repair job is often required.